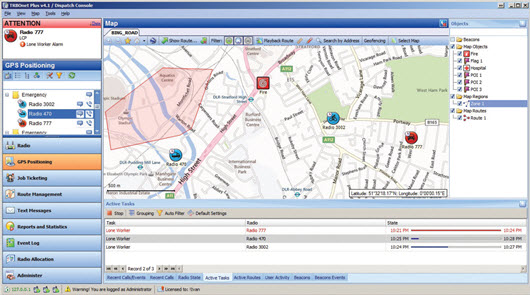 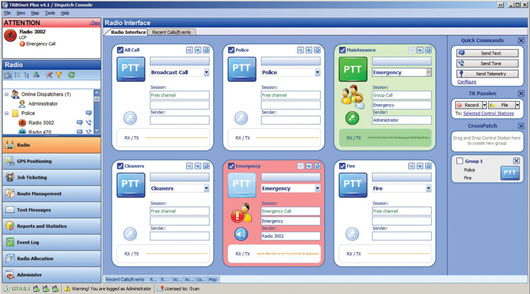 The simplest dispatch system supported by TRBOnet Enterprise consists of one RadioServer which operates as a gate between radio stations and IP network, and an unlimited number of dispatcher consoles. All Dispatchers are provided with a simple and easy-to-use interface which allows them to service dozens of radio stations and radio groups.

TRBOnet Enterprise supports radio networks where operate both analog (including MDC) and digital subscribers. At that, calling subscribers’ ID (callsing) is always visible to Dispatchers. 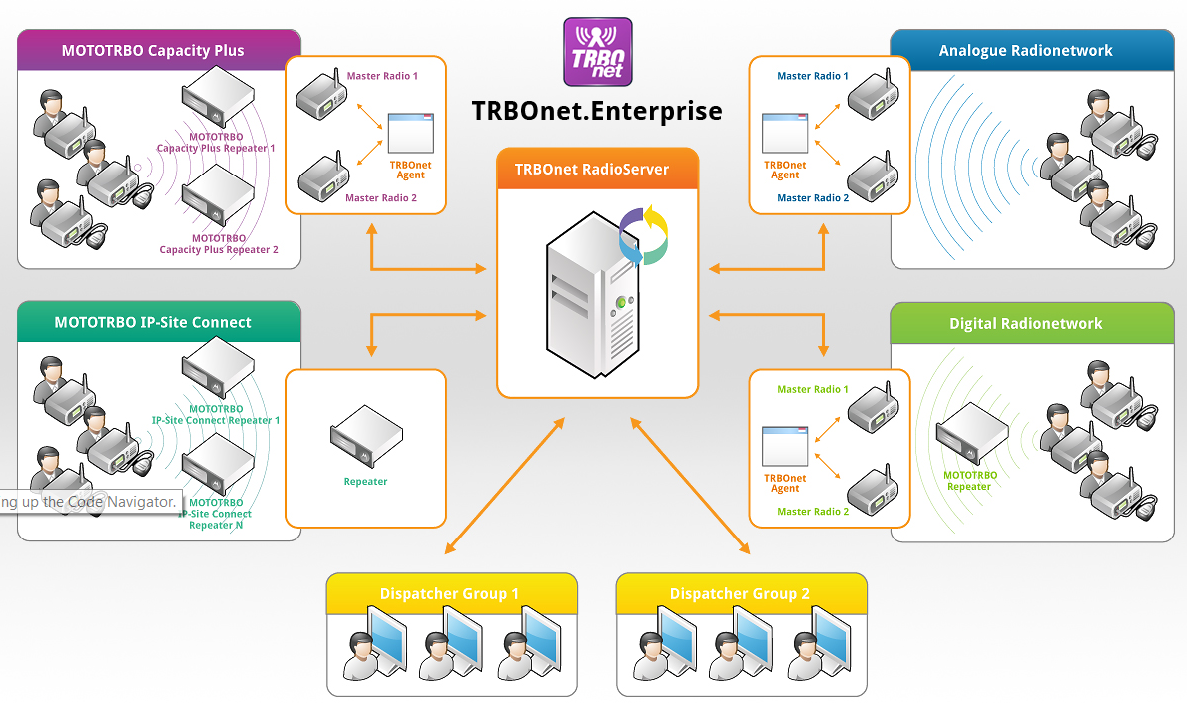 The VoIP communications technology offers the possibility of transmitting voice via IP networks. Thus, a remote dispatcher having access to the radioserver via IP network can communicate with radio network subscribers and other dispatchers from any place of the world.

The TX Passive function allows for delaying the transmission in case the line is busy. The dispatcher records a message and queues it. TRBOnet RadioServer transmits the message as soon as the line gets free.

The Intercom function allows the dispatchers communicate among themselves separately from the main line, thus, lessening the load of the line.

The telephone Interconnect function allows making calls from radios to telephones and from telephones to radios. A dispatcher can also make calls from the Dispatcher Console.

The CrossPatch enables dispatchers to patch talk groups, channels, sites and systems together to enable seemless comunication between all radio users of TRBOnet, regardless of frequency or if the radios are operating in Analog, Digital, IP site connect or Capacity plus.

TRBOnet provides recording of all conversations between dispatchers and subscribers. (The exception is private conversations and text messages between subscribers). The conversations are stored as audio files on the hard disk and are logged in the event log with date and time indication and playback capability.

The Geofencing function lets the dispatcher limit the movement of subscribers. The dispatcher can add regions on the map and make rules for entering or leaving a region. For example, when a subscriber leaves a region, the system sends him/her a message and generates an alarm signal for the dispatcher.

TRBOnet uses the data from telemetry sensors and buttons. For example, when a telemetry button on subscriber’s radio is pressed the dispatcher gets the message about the telemetry. The dispatcher can set the parameters for telemetry.

The Lone Worker policy lets the dispatcher set a time interval in which the communication with a subscriber is expected. For example, if a lone worker hasn’t called the dispatcher for 15 minutes, he / she gets a message and the dispatcher gets an alarm signal.

If the dispatcher gives a command to kill a radio which is offline TRBOnet can delay killing this radio. As soon as the radio is online the server kills it.

TRBOnet PLUS (Features and Benefits)

TRBOnet PLUS provides integrated fully-featured dispatch control over single and multi-site or multi-channel systems. It supports voice communication and data operations for conventional single site repeater, IP Site Connect, Capacity Plus, Linked Capacity Plus and Connect Plus systems by direct wireline interface with the MOTOTRBO network.

TRBOnet PLUS offers the most advanced features for radio fleet management, dispatch and voice and data communications. It leverages the enhanced MOTOTRBO wireline network interface which allows dispatchers to interface directly with the system over IP. This improves the system stability, security and reliability but also reduces hardware overheads and can lower maintenance costs. MOTOTRBO Control Room Solutions have undergone stringentquality testing in Motorola Solutions’ labs ensuring they meet the highest standards of quality, solve business critical problems and deliver exceptional customer experiences.

POWERFUL FUNCTIONALITY
TRBOnet PLUS keeps operators in complete control of even the most demanding multi-site systems. Designed with the dispatcher in mind, a wide variety of everyday operations can be automated using defined rules and smart tools such as scheduled text messages, voicemails for offline radios or geofencing. Dispatchers can now monitor the status of users and their location with live updates, while assigning tasks to the most relevant resources, and improving personnel safety with automatic alarms when unplanned events occur.

SIMPLE AND ROBUST
A key benefit of TRBOnet PLUS is the wireline network interface which establishes a direct link between the control room and the radio system. Connectivity is simplified for a more cost-effective and reliable solution architecture. And dispatchers benefit from an enhanced experience with full transparency, recording of all group and individual calls and more communications security from the radio to the application.

MODULAR AND FLEXIBLE
TRBOnet PLUS is modular so you only have to buy the features you need. It can be tailored to individual
requirements to ensure optimum performance across a range of industries. It is also easily scalable from small to large systems that are ready to grow with your business as it expands.

TRIED AND TESTED
Developed specifically for MOTOTRBO professional digital two-way radio systems, TRBOnet PLUS has been tested in Motorola’s engineering labs to ensure the highest quality performance and seamless integration into the MOTOTRBO system.


* Note: Phone Interconnect, Job Ticketing and Telemetry are not supported with Connect Plus systems.

TRBOnet Enterprise is a professional grade application especially developed for Dispatch centers that monitor large amounts of traffic. It supports digital as well as analog channels that could be helpful for clients during there migration period. Also makes response during emergency situations quick and effective, and can be used to link multiple agencies or departments at the touch of a button by the dispatcher. TRBOnet Enterprise is the best for MOTOTRBO Capacity Plus, Linked Capacity Plus, IP SITE CONNECT and CONNECT PLUS.


IPSC. TRBOnet can be connected to several single repeaters or IPSC systems simultaneously. A dispatcher operates with all repeaters/sites as with one radio system. CrossPatch feature allows to tie together repeaters and interconnecting radio units from different sites. Roaming allows units moving from one site to another and keep being in contact with a dispatcher.

LCP & CapacityPlus. No limitation for the number of talk groups!

The simple text messenger for MOTOTRBO™. Easy to Install. Easy to Configure. Easy to Use.

Send and receive Text Messages via a Control Radio.

TRBOnet for MDC-1200 (Features and Benefits)

The product extends the opportunities of customers, which use radios with MDC (Motorola Digital Calling) and gives the opportunity to identify an analog radio during of the transmitting or emergency call. The client-server architecture of the product allows having more than one dispatcher working with the base radio. As a base radio can be used any radios of the MOTOTRBO series. 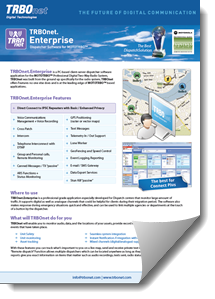 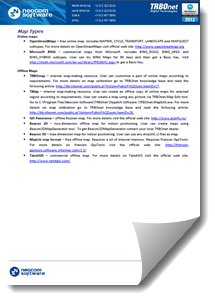 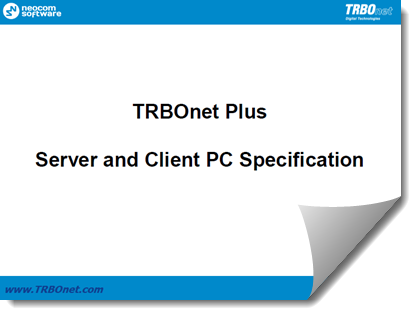 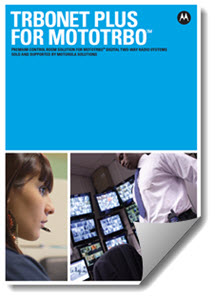 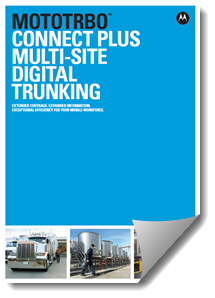 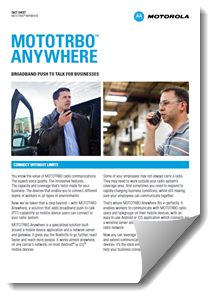 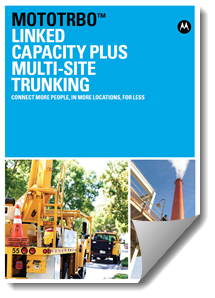 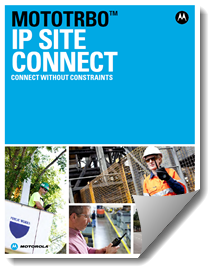 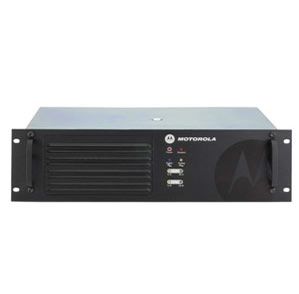 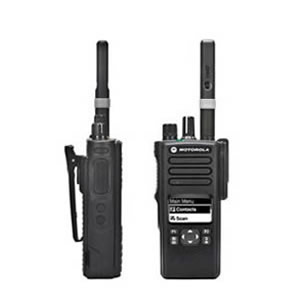 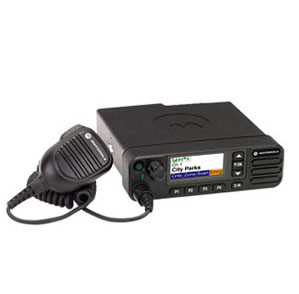 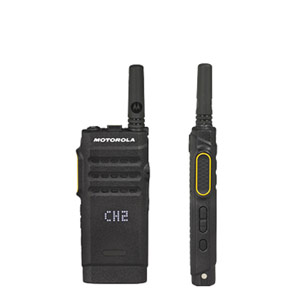